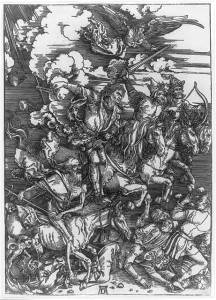 Transtherapy is a body of tenets applicable to the work of licensed professionals in the field of psychology, pspsychiatry, social work, education and art therapies – be they named psychotherapists, analysts, counselors, consultants or mental health workers (hereby referred to as therapists).

Transtherapy is not an accrediting body, neither is it a code of ethics involving external sanctions. It is rather a point of view or a system of values, chosen and taken upon oneself voluntarily. Clients are encouraged to verify that their therapist is licensed to practice according to the laws and regulations in their state or country. Those abiding by this manifesto are entitled to add the acronym TCP (Transtherapy Committed Practitioner) to their name and title.

Transtherapy relates to the praxis, knowledge base, relationship with clients, and to the practitioner as a person. It is granted that therapists operate within the framework of social, legal and economic constraints. Thus, adherents to the manifesto are not expected to be ‘dogmatic’ in its application, but rather strive to the best of their ability to be true to its ideals.

The lifework of Hobart O. Mowrer (Integrity Therapy) and of Thomas Szasz (The Myth of Mental Illness) are a source of inspiration for transtherapy . Alfred Korzybsky’s (General Semantics) dictate “The map is not the territory” is inscribed in its honor roll. These thinkers and clinicians represent critical thinking and an ethical approach to therapy. Transtherapy stems from criticism and dissatisfaction with the “four horsemen of the Apocalypse” currently riding the field of therapy. These trends and phenomena will be described, not so as to prevent anyone from adopting them, but rather to present an alternative opposing perspective, stated positively and obliging only for TCP-members.